The Power of Ten, made possible with help from Elanco, CareCredit and the FVMA Foundation, is an annual leadership program, for which FVMA representatives and board members select recent graduates in the veterinary medicine field, who are FVMA members, to undergo a specially designed curriculum.

This curriculum is designed to foster and support leadership potential in the profession through learning experiences which will engage and develop foundational skills in leadership, communication and business.

Our devotion to animals started even before our founding—when a few of the same veterinarians who instituted the Florida Board of Veterinary Medicine would go on to create our association a few years later in 1928.

Since then, we’ve been growing. In the 1940s, we had 200 members. After World War II ended, there was an increase in veterinary schools across the U.S., which started a rise in FVMA membership. We steadily grew to 600 in 1986, and as of 2023, we currently stand as the second-largest veterinary medical association in the U.S.

As our membership grew, we hired our first executive director in 1969. And in 1977, we moved into our first headquarters building. Over three decades later, in 2013, we moved into our current building, 7207 Monetary Drive in Orlando. We expanded our lobbying efforts with our first full-time lobbyist hire in 1989, ensuring that our association could fervently safeguard the proper care of animals in Florida through legal efforts.

We believe that knowledge and education are core to the growth of our field. That’s why we did everything we could to establish the University of Florida College of Veterinary Medicine (UFCVM) in 1965. We continue to actively invest in our relationship with the school by providing support to the college through scholarships, student activities, coating ceremonies, and donating to the college’s building fund.

More Support for Your Future

A vision for tomorrow.

We’ve seen our field, our association and our reach grow tremendously over the past century. We’ve fought for the veterinary industry with the same passion that you bring to your career. When we look back on what we accomplished, we become even more excited to see how much we’ll be able to do in the future. We envision an association that can go further, support you more, provide a range of resources and, ultimately, give your compassion a voice. 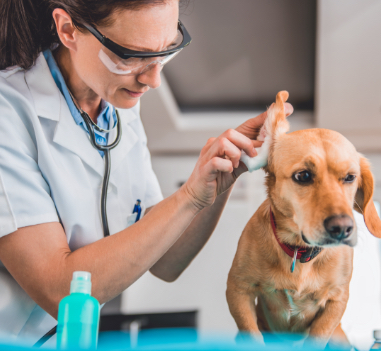